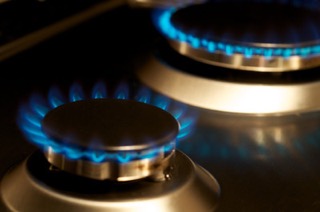 Wholesale gas prices have fallen by 40 per cent over the course of the last twelve months according to the latest Wholesale Energy Market Report published by Vayu Energy. The company which recently announced an expansion into Northern Ireland put the collapse in prices down to abundant supplies and suppressed demand.

The average day-ahead price for gas so far this April was just over 28p pence per therm. This compared with an average price of 47 pence  in April 2015. The fall in prices has significantly lowered the energy costs of many businesses in Northern Ireland which are purchasing gas on the wholesale market, particularly those users in the industrial and commercial segment.
Gillian Lawler, Senior Energy Analyst at Vayu, said European gas markets were experiencing a glut in low cost gas with prices having fallen to lows not seen in ten years. The drop in prices was a result of increased supplies from Russia and Norway combined with strong imports of LNG (liquefied natural gas) from the Middle East.
“For the most part prices have been trading sideways recently. However this week there has been an increase on spot and future gas contracts, as a 22 per cent increase on Brent crude since the start of the month makes itself felt. The rise close to 46 dollars a barrel recently was driven by news that non-OPEC oil production could experience its biggest output fall in 25 years this year.
“With weather becoming more of a factor from the end of April onwards, and a gradual increase in LNG deliveries expected during Q2, prices are expected to fall from where they are now.”

The average wholesale price of electricity so far during April was £28.45 per megawatt hour, almost 30 per cent lower than for the same month last year. The drop in prices was attributed mainly to the lower cost of gas, which is the main energy source used to generate electricity in Northern Ireland. A strong contribution from wind generation has also been a significant factor.
Ms Lawler noted that increased wind energy now plays an ever more important role in meeting Northern Ireland's electricity demand, helping to drive down prices and reduce the country’s dependence on more expensive sources of energy. Total wind generation capacity in Northern Ireland now stands at 642 MW. Wind energy accounted for 16 per cent of overall electricity generation so far during April, having reached a peak of 565 MW on the 1st of April.