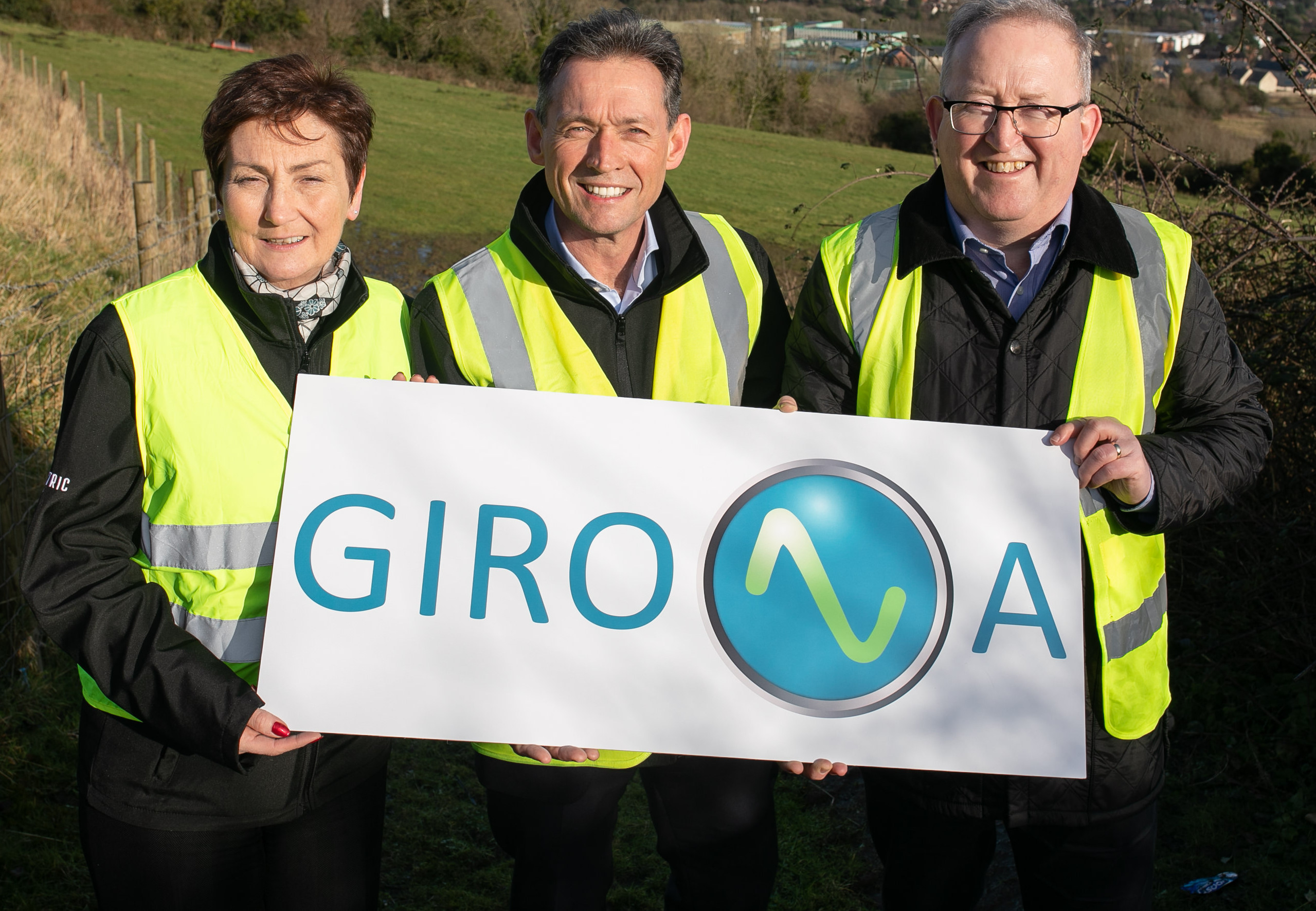 Residents of a public sector housing estate in Coleraine are to be offered the chance to get access to free, green electricity for about a year and a half after their area was chosen to be part of Northern Ireland’s first smart grid.

Around a hundred homes in the as yet unnamed estate will be equipped both with solar panels to generate power and large 11 KWh batteries to store it. Ten local businesses will also participate in the new grid.

It's been estimated households could see a forty per cent reduction in their power bills as the new green energy replaces electricity residents would otherwise have to buy from their current suppliers.

The project entitled Girona is the brainchild of Eddie McGoldrick, a veteran of the electricity industry here. After testing out his belief that prosumers, those who create, use and trade power, can play an effective role in the electricity market he is now in the process of scaling up his plans to a new level.

Armed with a £2.4 million Government grant for the Girona project, he is set on proving the usefulness of his system which will be mainly powered by the solar panels and two locally sited wind turbines. He sees at least three benefits: lower electricity bills for hard pressed households, the avoidance of new network costs by reducing demand on the wider grid and a reduction in greenhouse gases through more efficient use of wind power.

Mr McGoldrick, who runs the West Belfast based Electric Storage Company, said: “As the focus on how we can all operate our homes in a Net Zero Carbon world increases, projects like Girona are coming up with potential answers.”

At the heart of the new system is sophisticated software which after extracting data from the energy devices in homes and businesses will determine the best use of available power: to consume it, store it, support the wider system or to trade it.

David Moore of the GES Group which is partnering with The Electric Storage Company in the scheme said: “Providing more flexible energy solutions holds big benefits for businesses. Our innovative system of financing the technology means they too can reap the rewards without large outlays.”

While the £7.5m project has already started with the preparation of a detailed design, it won’t be until the summer that the devices are installed in the houses. Residents will not pay for the equipment, the cost of which is being covered by the Government grant. For the duration of the project, the renewable power householders receive will also be free. However during periods when there's not enough green electricity and they need a top up from the network, they will will pay for that through their existing power suppliers. During the pilot period, the Electric Storage Company estimates average savings of forty percent in household electricity bills. After the project is complete, homes will have the option of continuing to obtain electricity from the smart grid at a competitive rate.

The first key milestone for the project, which runs until the end of next year, will come in June when Mr McGoldrick has to prove to NIE Networks and SONI/Eirgrid that the scheme can be reliably counted upon to provide system services such as additional capacity and frequency response to the grid when required.