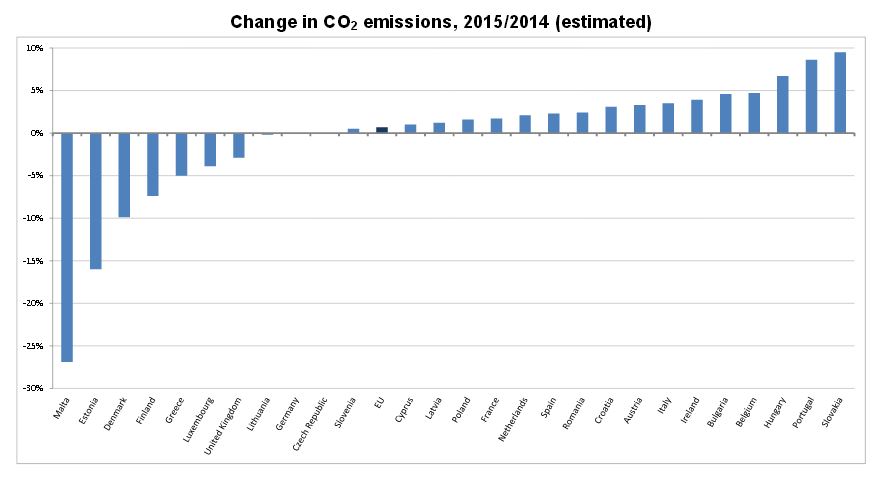 Despite an expanding renewables energy sector, total energy related emissions of carbon dioxide in the Irish Republic rose last year by almost four per cent compared with the previous year. In the UK emissions fell by just under three per cent. There is no separate figure for Northern Ireland.

Across the EU as a whole the EU statistics agency Eurostat estimates that
carbon dioxide emissions from fossil fuel combustion increased by
0.7% compared with the previous year. The agency points out that CO2 emissions are a
major contributor to global warming and account for around 80% of all EU
greenhouse gas emissions. "They are influenced by factors such as climate
conditions, economic growth, size of the population, transport and industrial
activities. Various EU energy efficiency initiatives aim to reduce emissions of
CO2 and
other greenhouse gases."

Eurostat has provided some important context for the interpretation of its figures. It points out that
imports and exports of energy products have an impact on CO2 emissions in
the country where fossil fuels are burned: "for example if coal is imported this
leads to an increase in emissions, while if electricity is imported, it has no
direct effect on emissions in the importing country, as these would be reported
in the exporting country where it is produced."