Rise in sales of electric and hybrid cars 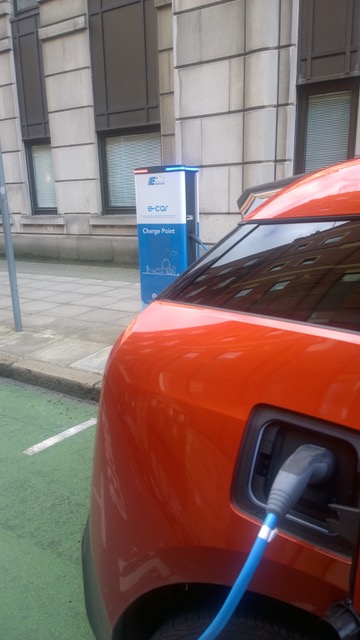 We’ve been in the slow lane as far as the take up of electric and hybrid cars is concerned but are now beginning to pick up speed. The latest figures from the Society of Motor Manufacturers and Traders (SMMT) released to enirgy.info show that combined sales of battery electric vehicles, plug-in hybrid electric vehicles and hybrid electric vehicles in the year to date reached 2860. That’s a 34% increase from the 2135 sold in the same period last year. The surge in sales is more startling given that overall new car registrations fell by 2.7% year on year.

Sales of these so called alternatively fuelled vehicles  (AFVs) still only make up 6% of new registrations but again that’s up from 4.5% in the same period last year. By comparison the AFV share of the market across the UK in the year to date was 7%, just a fraction ahead of Northern Ireland.
Environmentalists studying these figures will be less impressed with the finding that cars, which rely totally on electricity, still make up a small proportion of cars sold. In the year to date only 341 battery electric vehicles were sold here. That’s just 12% of AFVs and and less than one per cent of total cars purchased this year.
Let's not get too precious about this. Yes, a battery electric vehicle will spew out no polluting exhaust gases but generating the electricity to power it up certainly does involve the emission of greenhouse gases. And just how much carbon dioxide is produced per unit of power created is critical to whether you’re helping to save the planet by switching from an internal combustion engine to an electric vehicle.
A report several years ago on transport by the International Panel on Climate Change said: “Electric vehicles have a CO2eq reduction cost highly correlated with the carbon intensity of electricity generation: using relatively high-carbon intensity electricity systems (500–600 gCO2eq/kWh), EVs save little CO2eq compared to conventional LDVs (light duty vehicles)“.
As I write this the carbon intensity of power generated in Northern Ireland was reported to be 699g/gCO2/kWh, above the level which offers real benefits from the use of electric vehicles. The high carbon intensity arises from the use of gas and especially coal to create power while there is relatively little wind generated power on the system.
The move towards electric vehicles is a highly positive one but until we decarbonise electricity more radically, their contribution to the fight against climate change is limited.