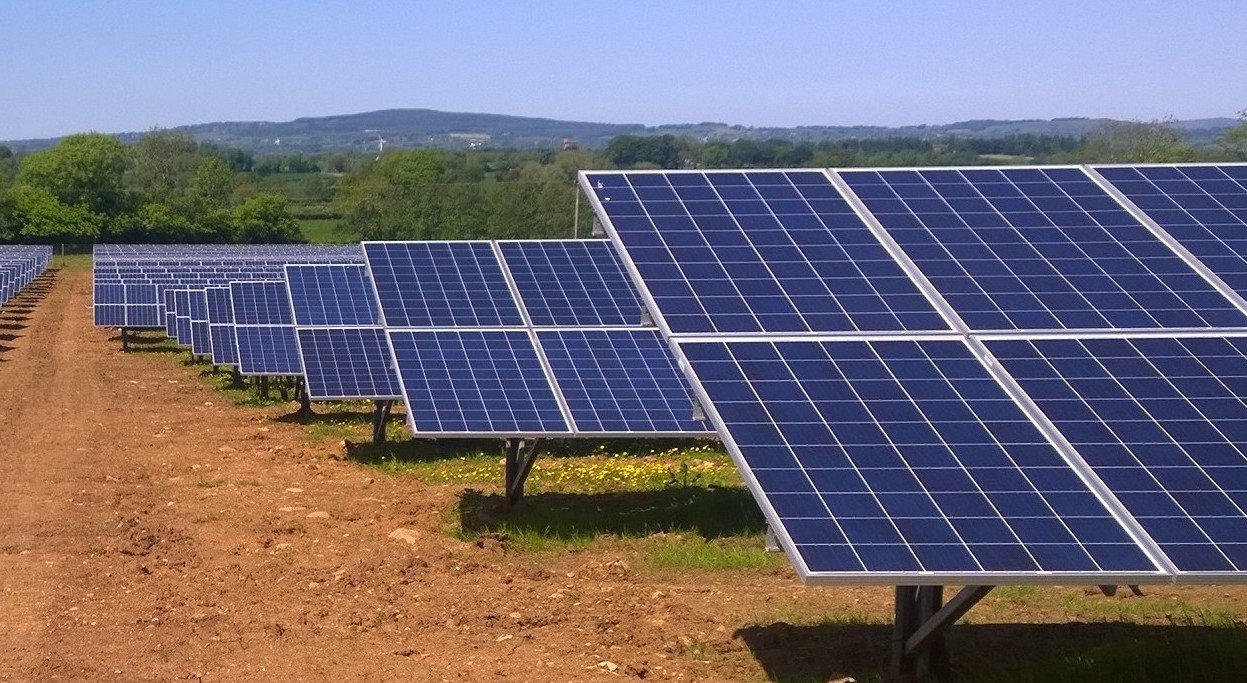 Until relatively recently talk of large scale renewable generation in Northern Ireland meant wind farms. Turbines not only dominated the landscape, they made up the vast bulk of green power capacity.

Wind still predominates but solar power is beginning to assert itself. In recent weeks we have seen two major solar projects linked up to the electricity network. Up near Rasharkin, German owned Baywa r.e. has had a 46 MW array connected to the grid. The output of the Bann Road site has been secured by SSE Airtricity in a 15 year power purchase agreement.

Lightsource, which opened Northern Ireland’s first solar farm in 2016, a private wire connection to Belfast International Airport, has also announced new generation. The 32 MW solar energy project is made up of a network of five sites, linked by a single connection to the electricity grid. The plants, all in County Antrim, are each between 5 and 10 MW. Separately, the company has also begun generating power at a new 6 MW site near Antrim town.

To date NIE Networks reports that 194 MW of solar is now connected to the grid. About 80 MW of that is comprised of rooftop solar panels installed at homes and businesses. A further 55 MW of large and small scale solar is due to be hooked up, which means that when complete, Northern Ireland will have about 250 MW of PV capacity.

To put that into perspective, wind farms with a total capacity of around 1000 MW are already connected to the network with a further 400 MW in the pipeline. It’s also important to understand that wind is more efficient than solar. A 100 MW solar farm is equivalent to a constant 10 MW generator while similar wind farm capacity is equal to an always on 30 MW unit.

Solar’s new footprint has led to an important breakthrough in how its treated on the grid. Until recently solar did not enjoy the same status as wind on the system. Wind has what’s known as priority despatch. That means the output of wind farms has to be used before that of other generators and is thus, within certain limits, guaranteed to get onto the network. But in March of this year, solar and tidal power were also granted similar rights. It is however only an interim measure until the Single Electricity Market Committee consults on the issue.

Solar, while for climatic reasons will never make the same contribution to renewable power here as wind turbines, has now established itself as a major contributor to the de-carbonising or greening of our power system.