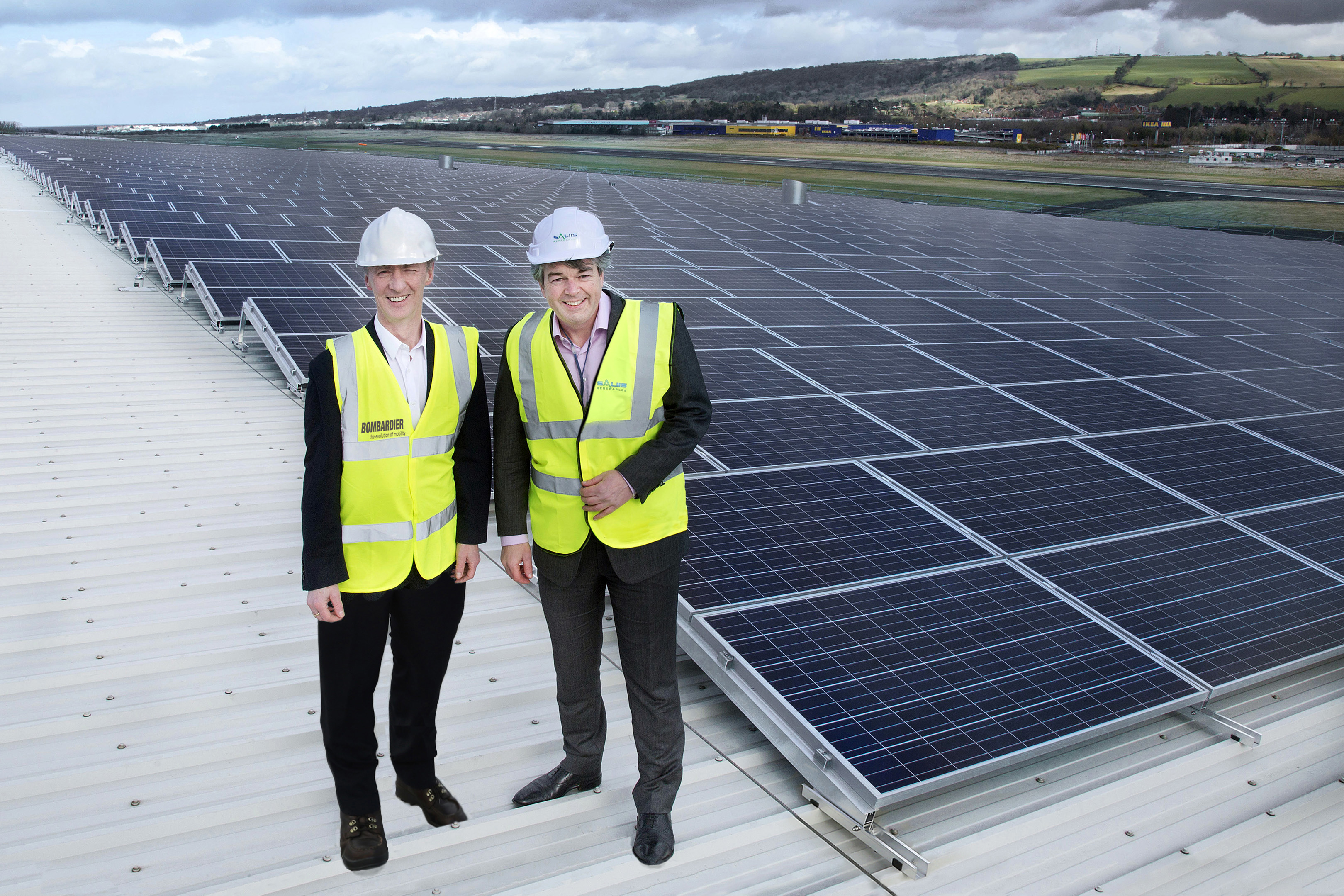 Bombardier has just unveiled Ireland’s largest rooftop solar installation at its Belfast wing manufacturing and assembly facility on Queen’s Island. It comprises 14,000 PV panels which will generate 3000 MWh a year – equivalent to the electricity needs of 1000 homes

The arrangement of panels was designed and installed by SALIIS Renewables which will continue to maintain the facility.

The initiative was made possible by funding from investment manager Oxford Capital. Bombardier says the deal will enable it to buy renewable electricity at a predictable cost through a long term contract.

The aerospace company plans to go further. It says that within three years it should derive 70% of its energy from alternative technologies.