Is NIE likely to appeal its price control? 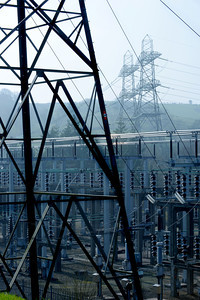 Will NIE Networks reject the price control announced by the Energy Regulator just before the weekend and appeal the matter to the Competition and Markets Authority?

The Regulator cut the amount of Capex and Opex that the company, a subsidiary of ESB, had wanted to spend over the RP6 period which runs from October 2017 to March 2024.

Overall the company has been allowed to attract £1.4 billion in revenue during the six and a half year period. That’s about 11% less than the company had been asking for.

So far NIE have not responded to the Regulator’s draft determination but if they don’t accept it, they’ll probably lodge their appeal in September. A decision from the CMA would be due six months later.

In the meantime NIE will be studying with interest what happens to firmus energy which is also unhappy with its price control. The gas company has already taken a case to the CMA and is awaiting a provisional determination due in early May.

The firmus outcome will be studied closely by utility companies across the UK and not just by NIE. Their case is one of the first being conducted under a new appeals regime.

The new scenario, unlike the previous arrangement, appears on the face of it more favourable to utility companies, They can only end up with more than a Regulator was offering but not less. In that sense it’s a win or no lose engagement.

The downside is that they may have to pay substantial costs. These will be determined by the CMA. Taking a case is also a drain on management resources.

There is also a higher hurdle to climb in order to reach a successful outcome. A company has to prove a Regulator was demonstrably wrong in his or her judgement.

Another proposal in the draft determination is of major concern to large energy users. NIE said they had underspent their Capex allowance by just over £50 million to March 2016. That’s significant in that they are entitled to keep fifty per cent of underspend. At the same time they can only claim the same percentage of overspend.

NIE say by the time RP5 has ended they will have underspent their Capex allowance to the tune of £32 million. That means they will be able to keep £16 million. They expect not to be over or under with their Opex allowance. The Regulator points out that what has happened is that projects promised have come in more cheaply than expected. Customers get half of that benefit.