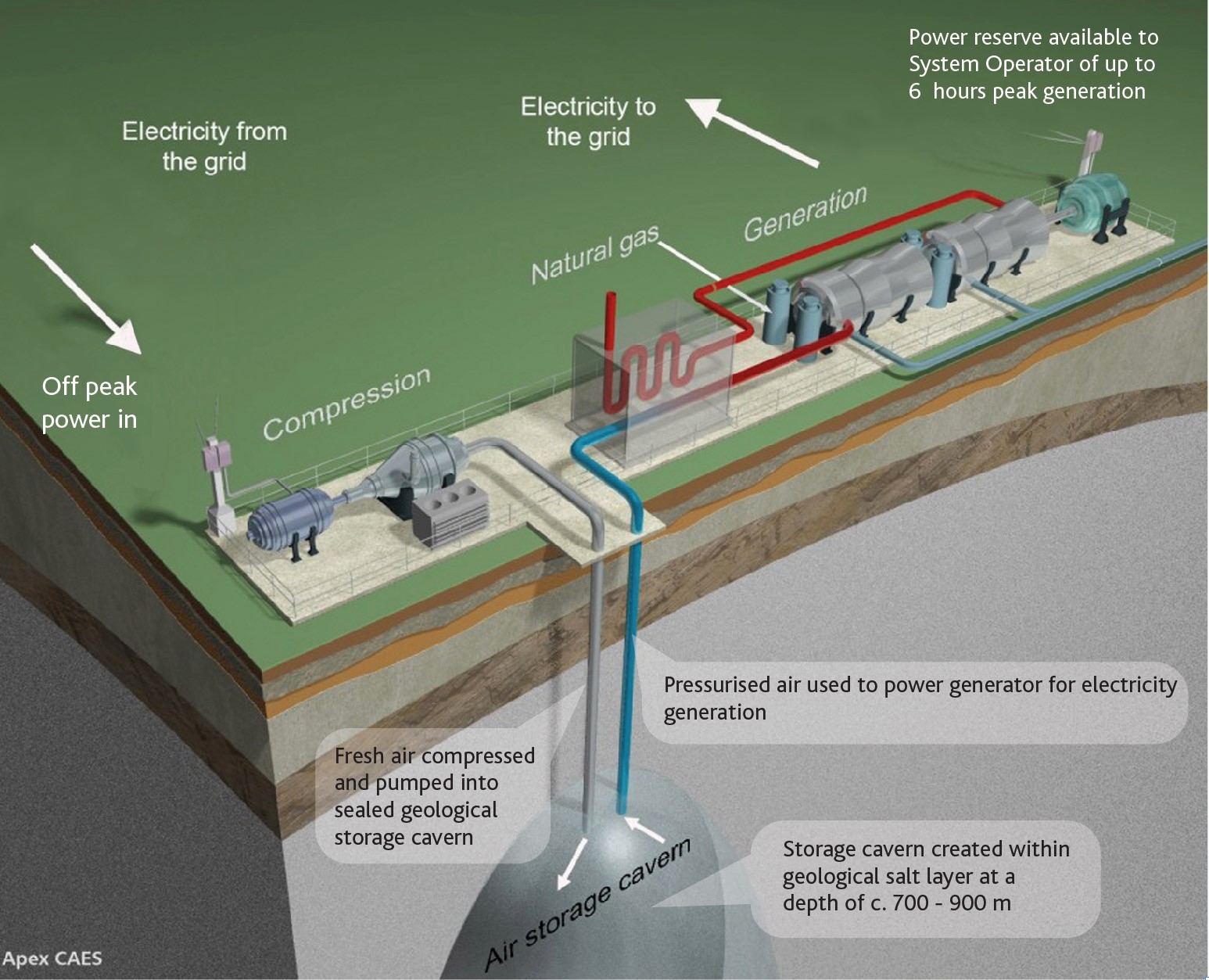 It sounds like science fiction but appears to be
technologically feasible.

Gaelectric, a major developer of wind farms, is planning the
£300m development near Larne.

It aims to compress air inside caverns located deep within
the salt layers running under East Antrim.

According to Gaelectric the process has already been applied
successfully for several decades in the US and Germany.